Japan is an island country located in East Asia, consisting of four main islands (Honshu, Hokkaido, Kyushu, and Shikoku) and many smaller ones. It has a population of over 126 million people, and the official language is Japanese. The currency of Japan is the Japanese yen.

The topography of Japan is varied, with a wide range of landscapes including high mountains, coastal plains, and plateaus. The highest peak in Japan is Mount Fuji, which stands at 3,776 meters (12,389 feet). The country is also home to a number of rivers, including the Shinano, which is the longest river in Japan. 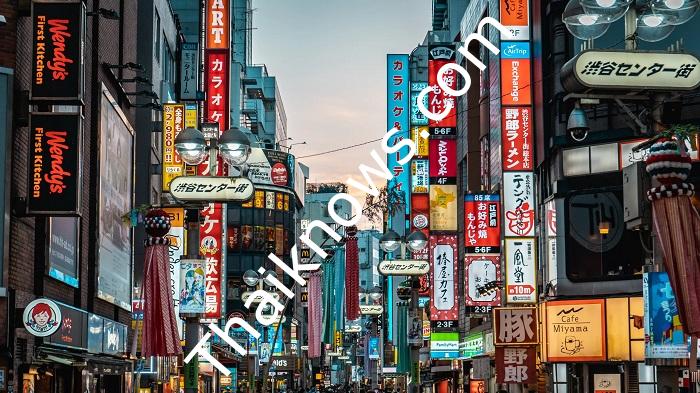 Discovering the Beauty of Japan: A Seven-Day Adventure

I had always dreamed of visiting Japan, a country known for its unique culture, stunning scenery, and rich history. So, when I finally had the opportunity to take a seven-day trip to Japan, I jumped at the chance. I was eager to explore the country, try new foods, and immerse myself in the local culture. And I wasn’t disappointed. Day 1: Arrival in Tokyo I arrived in Tokyo, the bustling capital city of Japan, early in the morning. The city was already alive with people going about their daily lives. I was greeted by a sea of skyscrapers and bright… Read More »Discovering the Beauty of Japan: A Seven-Day Adventure 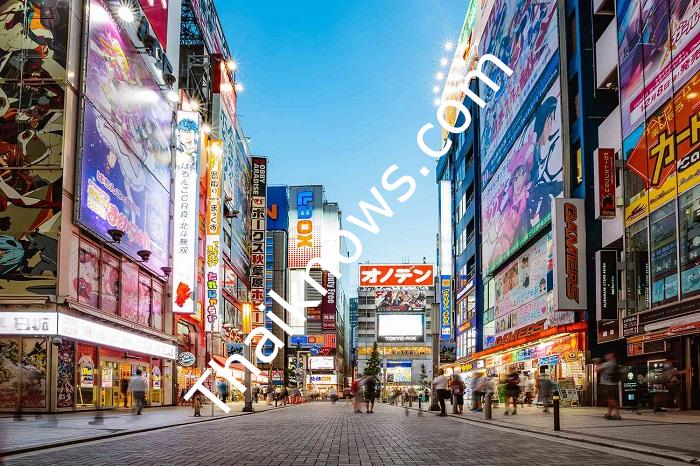 Japan is an island country located in East Asia, situated in the Pacific Ocean. It is made up of four main islands: Honshu, Hokkaido, Kyushu, and Shikoku. The capital and largest city is Tokyo. As of 2021, the population of Japan is around 126 million people. The population is mostly concentrated in urban areas, particularly in the greater Tokyo area, which is home to over 37 million people. The climate of Japan varies depending on the region, but it is generally classified as humid subtropical in the south and humid continental in the north. The country experiences four distinct seasons,… Read More »7 days japan itinerary 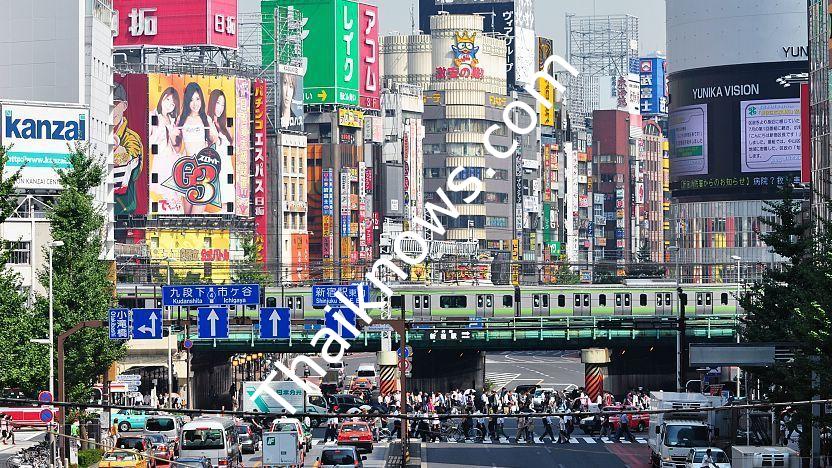 The cost of renting a house in Japan can vary depending on the city and location. Here are some estimated costs for popular cities in Japan: Please note that these are only estimated costs and may vary depending on the location, size, and condition of the property. Also, bear in mind that the prices are in Japanese Yen and the conversion rate to other currency may fluctuate. 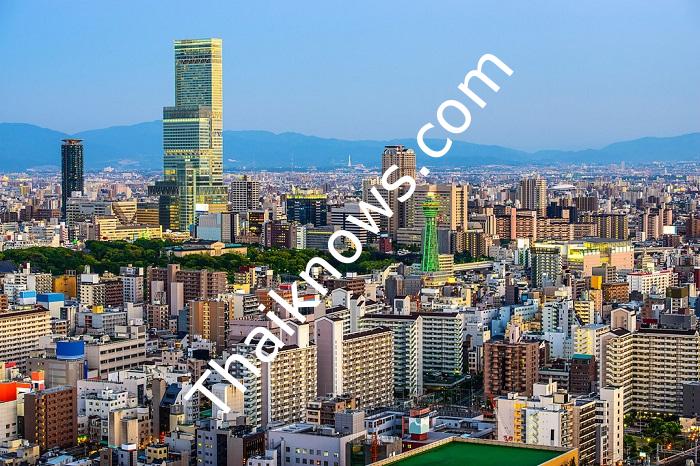 The estimated cost of visiting Japan for one week can vary widely depending on a number of factors, such as the time of year, the specific locations you plan to visit, and your preferred level of accommodation and transportation. Some estimates suggest that a budget of around $1,500 to $2,500 per person for one week may be sufficient, although this can be higher or lower depending on individual circumstances. This includes the cost of airfare, accommodation, transportation, meals, and activities. However, it’s important to note that Japan is an expensive country, especially in Tokyo. To get a more accurate estimate,… Read More »Estimated cost of visiting japan 1 week 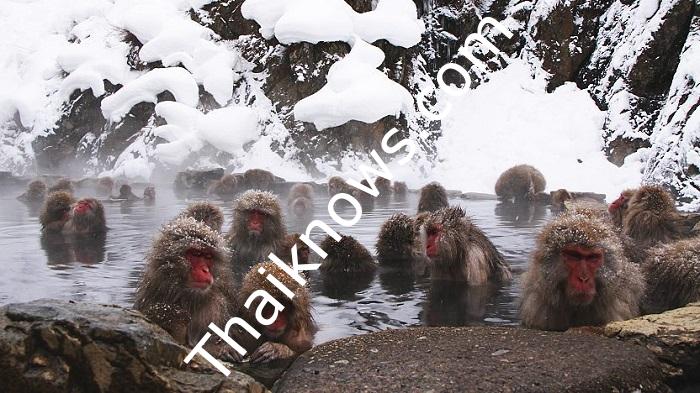 Japanese snow monkeys, also known as Japanese macaques, are a species of primate that are native to Japan. They are known for their ability to survive in cold temperatures, and are often seen taking dips in hot springs during the winter months. The hot springs, or “onsen,” provide warmth for the monkeys and help to keep them comfortable in the chilly weather. This behavior is unique to the snow monkeys living in the Jigokudani Monkey Park, located in the Nagano prefecture of Japan. This is a popular tourist spot and many people come to see the monkeys bathing in the… Read More »japanese snow monkey hot springs 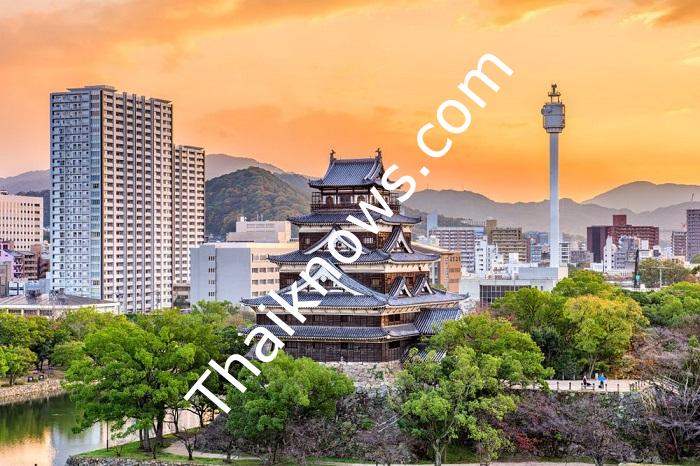 Hiroshima is the capital of Hiroshima Prefecture and the largest city in the Chūgoku region of western Japan. The city is located on the Seto Inland Sea and has a population of around 1.2 million people. Hiroshima is known for its tragic history as the first city in the world to be targeted by an atomic bomb, which was dropped by the United States on August 6, 1945. The bombing resulted in the deaths of around 140,000 people, and the city was virtually destroyed. Today, Hiroshima is a vibrant and modern city with a rich culture and history. The city… Read More »Best area to stay in hiroshima japan 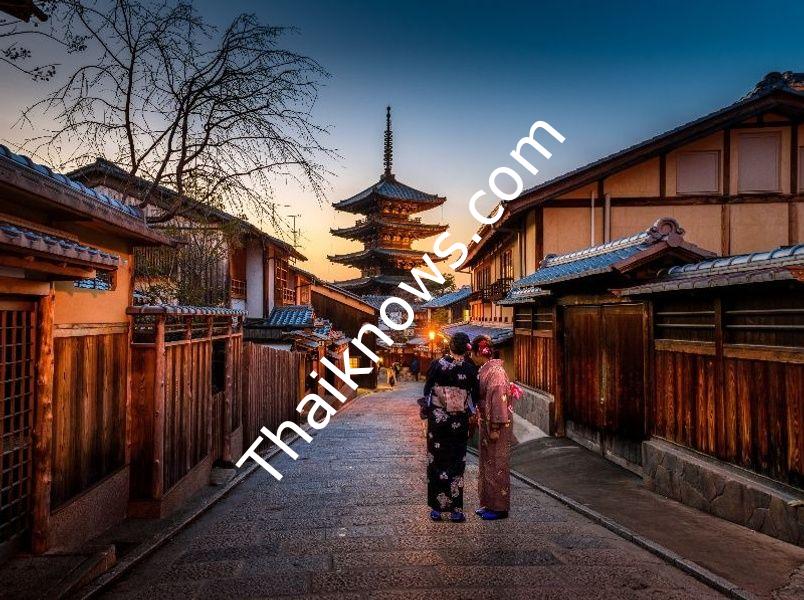 Exploring the Hidden Gems of japan while Traveling

Exploring the Hidden Gems of Japan while Traveling is a great way to experience the country’s unique culture and rich history. Some of the must-see hidden gems in Japan include: These hidden gems offer a unique and authentic experience of Japan that many tourists may not know about. Visitors can discover the lesser-known side of Japan and find interesting cultures, hidden places, and unique experiences. 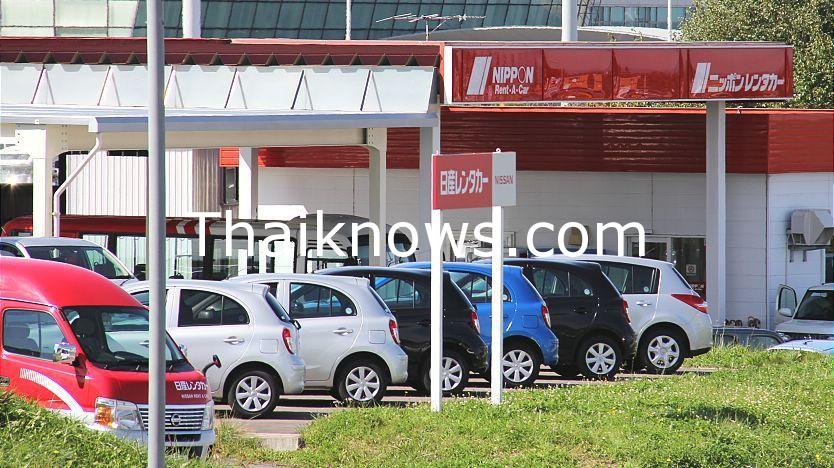 How to rent a car in japan

The cost of renting a car in Japan can vary depending on factors such as the type of car, the rental agency, and the length of the rental period. On average, you can expect to pay around 4,000-8,000 JPY (Japanese Yen) per day for a basic economy car and up to 20,000 JPY per day for a luxury car. Additionally, you may be required to pay extra fees such as a deposit or an insurance fee. The deposit amount can vary, but it is typically around 100,000 JPY or more. The insurance fee can also vary, but it is usually… Read More »How to rent a car in japan 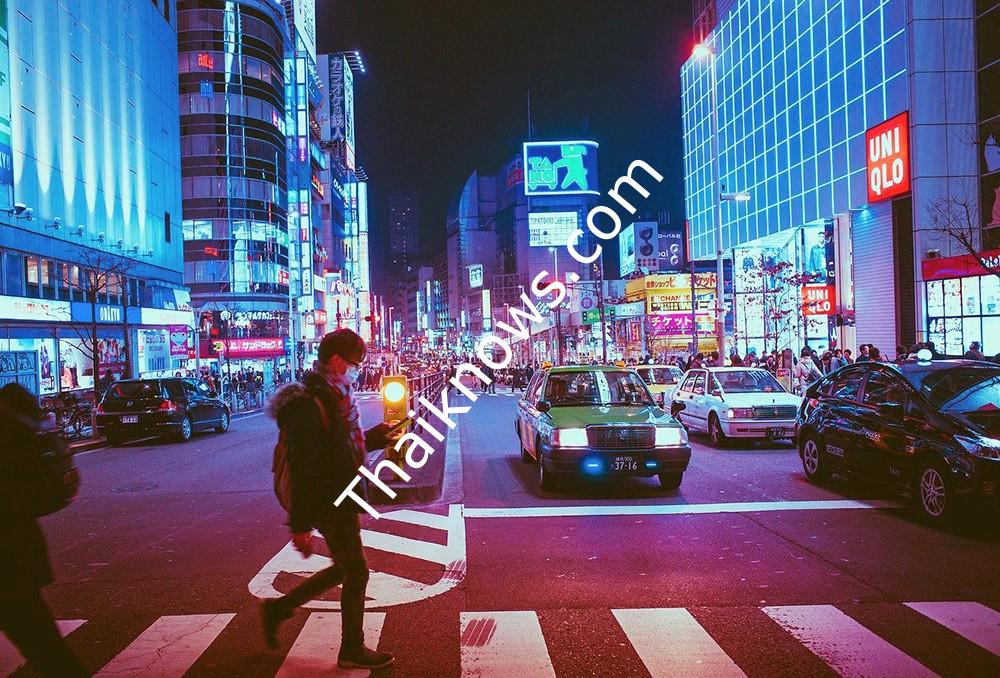 Living in Japan pros and cons

Japan is an island country located in East Asia, known for its rich culture, history, and technology. It is a popular destination for tourists and expats alike, due to its unique blend of ancient tradition and modern innovation. However, living in Japan also has its downsides. Here are some pros and cons to consider if you’re thinking about making the move: Pros: Cons: 8. High cost of living: Japan is known for having a high cost of living, particularly in urban areas like Tokyo and Yokohama. In conclusion, living in Japan can be a great experience for those who are… Read More »Living in Japan pros and cons 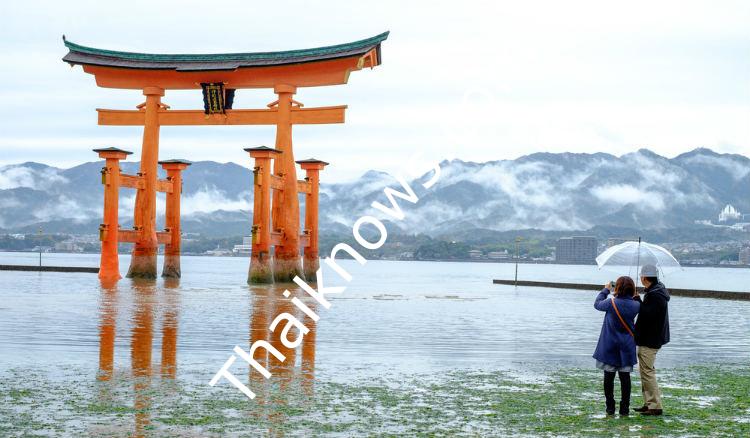 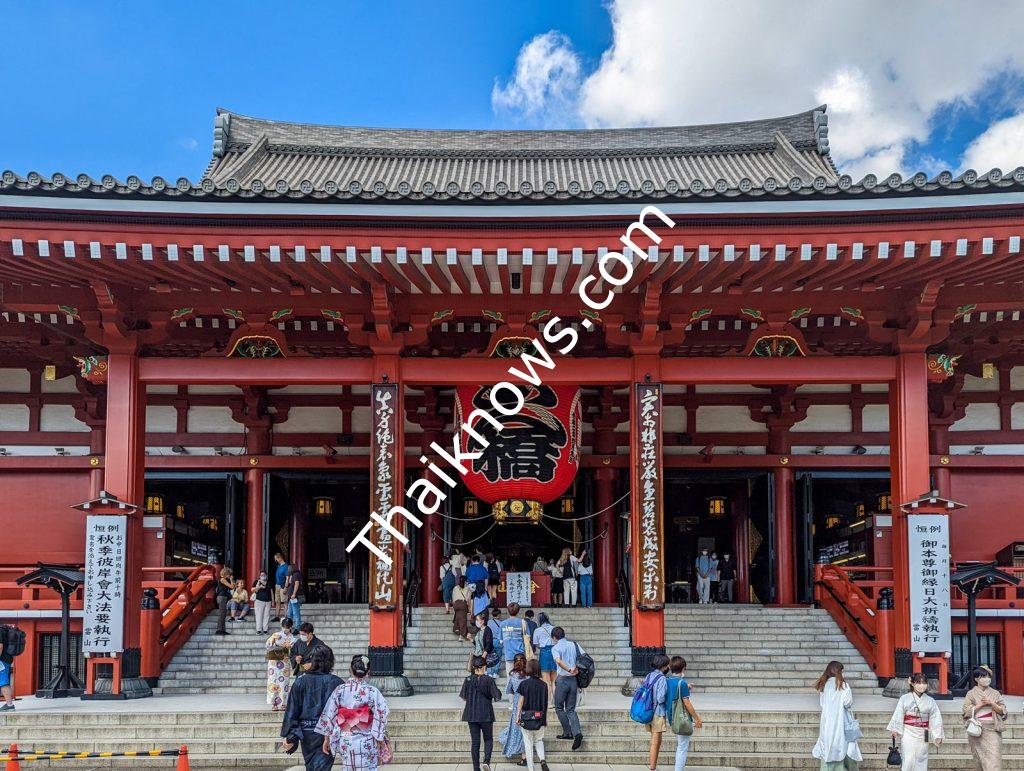 I’d be happy to help plan a 30-day trip to Japan on a budget! Japan can be an expensive destination, but with careful planning and budgeting, it is possible to enjoy the country’s many attractions and experiences. Here’s a sample itinerary: Day 1-3: Arrive in Tokyo, check into budget accommodation (cost: around $50-70 per night) Day 4-6: Take a train to Kyoto Day 7-9: Take a train to Hiroshima Day 10-12: Take a train to Osaka Day 13-15: Take a train to Nara Day 16-18: Take a train to Tokyo Day 19-21: Take a train to Nikko Day 22-24: Take… Read More »How plan your entire Japan trip within 30 days with a limited budget 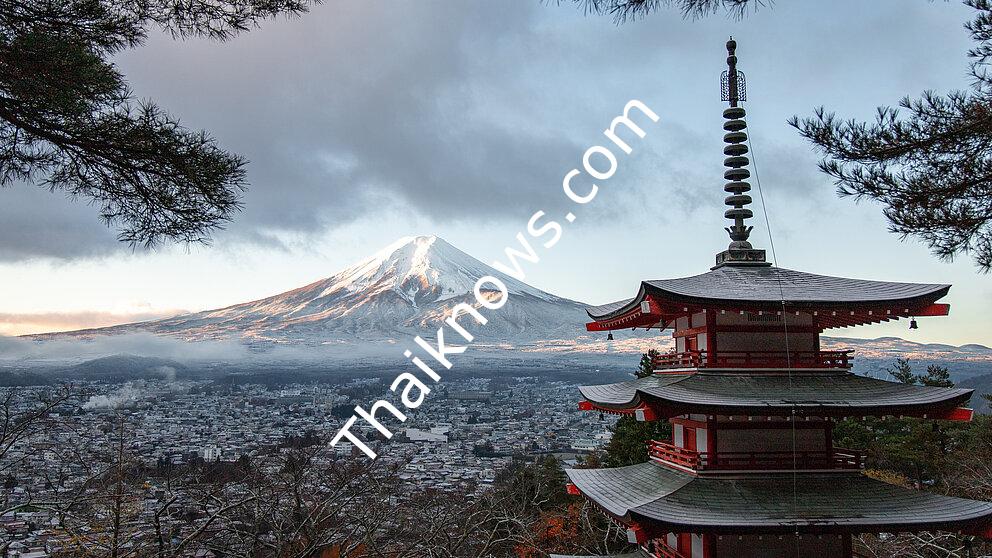